As previously mentioned, Barbour has been awarded three Royal warrants by the British Royal Family. The first was awarded from the Duke of Edinburgh with the Queen following in his footsteps adding a second.  Prince Charles awarded the third and latest Royal Warrant in 1987.

Being connected with the Royal Family in this manner not only gives Barbour the distinction and pride of being associated with the monarchy but has also increased sales. Since Helen Mirren starred as the Queen in the film of the same name, sales of Barbour jackets doubled in New York. A similar hype was generated for the brand when Daniel Craig wore a version of the Sports Jacket in the Bond film, Skyfall. 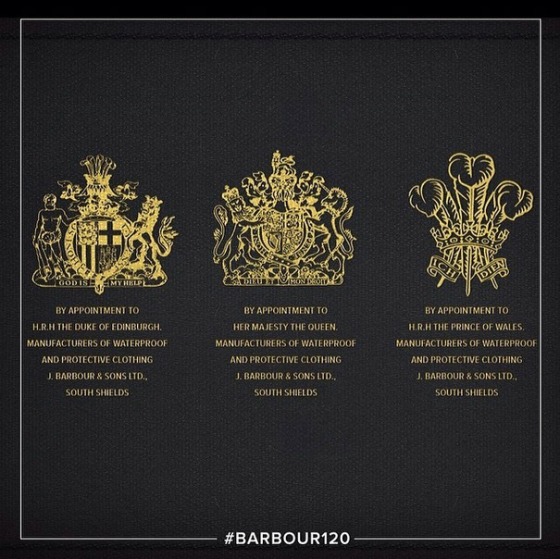